With a passion for media, entertainment, and film production, Gamaal Wilson has set out to discover the top film festivals across the globe for the year of 2018.

For the big film lovers and enthusiasts, film festivals are a great way to access your favorite genres and explore new films you may never have considered before. Fortunately, there are plenty of highly acclaimed film festivals all across the globe and the United States where you can find something perfect for you.

Listed below are some of the best film festivals around the world that film enthusiast Gamaal Wilson recommends checking out this year. 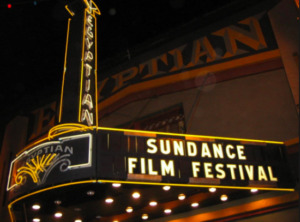 An annual event, Sundance is the largest film festival in the United States, with 2016 seeing over 46,660 attendees. The festival, which takes place in Utah, is known for its sheer variety of films. In addition to dramas, documentaries, features, and short films, there are also a breathtaking number of non-competitive sections. Film lovers will find no shortage of options here!

Some prominent filmmakers who found a path to fame through Sundance include, but are not limited to, Kevin Smith, Quentin Tarantino, Paul Thomas Anderson, and David O. Russell.

Formerly the International Film Festival, the Cannes Film Festival is an annual event that takes place in, as the name suggests, Cannes, France. With a 70 year past, Cannes is a highly prestigious festival and previews a great number of films from all over the world, including documentaries and art films. Cannes is renowned for the large role it plays in facilitating and giving authoritative approval to European films, especially those of the more experimental and independent variety.

If you’re looking for a more sophisticated flair, the Cannes Film Festival is the place to go!

Founded as a response to the September 11 terrorist attacks, Tribeca is a friendly, open, and welcoming festival for those interested in independent films, documentaries, family-friendly features, and much more. It occurs annually in the Tribeca neighbor in Manhattan and is noted for its lively and interesting panels on everything from showcasing music artists to interviewing top entertainment personalities. Everyone is sure to find a little bit of something for themselves at Tribeca!

At the 2017 event, the cast from the renowned classic Godfather film had a reunion. With those kind of appearances, who could say no?

While these are some of the best film festivals the world has to offer, keep in mind that there are many more smaller festivals you are likely to find in your own local area! If you’re looking for something that wasn’t mentioned here, make sure to do some digging; chances are, you’ll find what you’re searching for in one festival or another.