Gamaal Wilson is a consultant in media and entertainment interested in live action film production and visual arts. He also has a passion for health and fitness and his favorite thing to do at the gym is weightlifting. 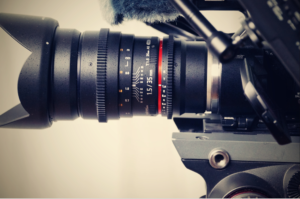 Throughout his life, Gamaal Wilson has always had an interest and natural talent for the visual arts. As a small boy, he started out by tracing over images he liked and quickly advanced to making his own sketches and developing his own new creative ideas for art projects. When he was old enough to learn how to work a video camera he started making his own short films.

Continuing his passion, Gamaal Wilson went on to attend RISD, Rhode Island School of Design where he earned his Bachelor of Fine Arts degree in Film, Animation, and Video. As a film major, he was able to collaborate with other students on creative and technological levels working with various techniques such as CGI, stop-motion animation, and drawing by hand to create great works of art including animated works, documentaries, and narrative and experimental films.

His educational experiences while at RISD allowed Gamaal to fulfill his dreams of entering into a career field in media and entertainment. Upon graduating, he began his professional career working as a coordinator and production assistant for multiple film production projects.

He has since expanded his career into media & entertainment consulting. As a consultant, Gamaal Wilson works with professionals in all aspects of media & entertainment, ensuring their work, businesses, and content are able to grow and thrive in a fast-paced, ever-evolving environment.

Along with his consulting work, he also remains an active member of the International Alliance of Theatrical State Employees (IATSE), a group committed to creating growth while supporting craftspeople and technicians in all areas of the entertainment industry.

Gamaal continues to grow his love for art, film, entertainment and media and is actively looking for new and innovative ways to contribute to the industry both personally and professionally.

Gamaal also shows his appreciation for art, history, and culture through his travels. Over the years, he has had the opportunity to visit beautiful places all across the globe including the Caribbean Islands of St. Thomas and Puerto Rico. Traveling is a great way for Gamaal Wilson to gain new perspectives and ideas that contribute directly to his art, design, and consulting work. Art, like travel, is an adventure always bringing something new to light that one has never seen or experienced before.

When he is not pursuing a new professional project, Gamaal also likes to stay fit, so he is likely to be found at the local gym.  While Gamaal is focused on his overall health and well being, his favorite thing to do at the gym is weightlifting.